Rome “the Eternal city” and the “Caput Mundi” over flow with culture, art, beauty, and history is the capital city of Italy. Modern Rome has 280 fountains and more than 900 churches.

Rome attracted 12.6 million tourists last 5 years   with the Vatican Museums welcoming 5.5 million and the Colosseum 5.1 million visitors. There are more than 400 movie screens in Rome, a hundred of which are operated by Italy government art program, Art et Essai. There are on average 10 film or commercial shoots in the streets of Rome each day. Shooting in Rome is free except for scenes shot in a garden, museum, or swimming pool. In the world of fashion, it   has its own shows.

Places to visit in Rome:

As the Eiffel Tower is to  Paris, the silhouette of the Flavian Amphitheatre is to Rome. The largest structure left to us by Roman antiquity, the Colosseum still provides the model for sports are nas - present day football stadium design is clearly based on this oval Roman plan.Rome has been called as the capital of the world.

Beside the Colosseum stands as the almost equally familiar Arch of Constantine, a triumphal arch erected by the Senate to honor the emperor as "liberator of the city and bringer of peace" after his victory in the battle of the Milvian Bridge .

The Pantheon is known for the the best preserved monument of Roman antiquity - is remarkably  for 2000 years. This is despite the fact that Pope Gregory III removed the gilded bronze roof tiles, and Pope Urban VIII ordered its bronze roof stripped and melted down to cast the canopy over the altar in St. Peter's and cannons for Castel Sant' Angelo.

The 32nd edition of performance art festival Romaeuropa  draws to a close at the beginning of December where The final events will take place at Palazzo delle Esposizioni on Via Nazionale is well known event in the month of December.

Babingtons is a very ancient English tearoom in the heart of Rome. Over 40 kinds of loose-leaf tea, finger sandwiches, scones and homemade biscuits, cakes and pastries are on offer all year round, but December 4’s Christmas Victorian Tea is especially luxurious.This one is followed since a long time.

The tradition of placing a giant Christmas tree in St. Peter’s Square dates back to 1982 during the pontificate of Pope John Paul II .Probably, This year, the tree will be a 28-metre red fir donated by the archdiocese of Elk, northeastern Poland. The switching on ceremony will take place at 4.30pm on December 7 and alongside the tree will stand a larger than life-size nativity scene crafted by artisans from the nearby Campania region.

Feast of the Immaculate Conception:

Conception include celebration  regarding the conception of Mary – free from original sin as the future mother of Jesus. Since 1953 the pope has visited the Column of the Immaculate Conception near Piazza di Spagna to commemorate the event. He offers prayers to the crowd and leaves flowers at the base of the column, while firefighters place a wreath up top on the Virgin Mary’s arm.This one is the most popular event after Romaeuropa Festival 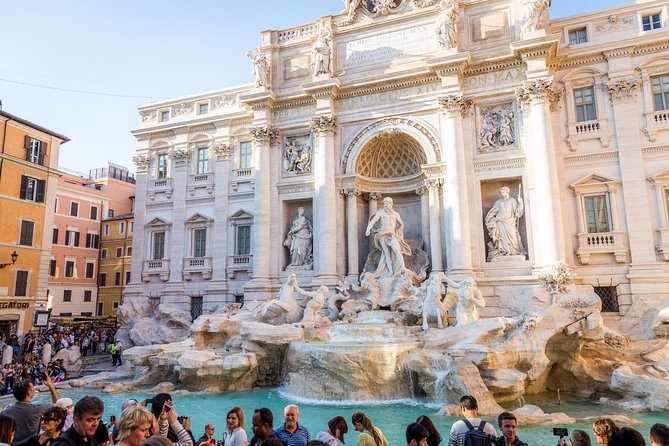